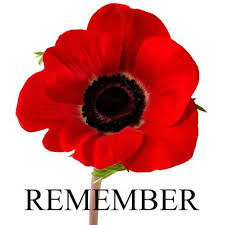 Maxine Bredt, a graduate from the Royal Jubilee Hospital, celebrated her 100th birthday on September 21, 2019. She recently received a quilt of valour and now is featured on the 2019 Veterans’ Week Poster.

This year Canada is observing the 75th anniversary of the Second World War’s Italian Campaign. It was one of our country’s most important contributions to the Allied war effort; more than 93,000 Canadians served in Italy from the summer of 1943 to early 1945. Our soldiers fought their way across the island of Sicily and up the boot of Italy across a challenging landscape of mountains and river valleys in the face of harsh weather conditions and a skilled enemy.

This special commemorative poster features Lieutenant Maxine Llewelyn Bredt. She was a Nursing Sister in the Royal Canadian Army Medical Corps who helped treat the sick and wounded during the Italian Campaign. A recent picture of Ms. Bredt in her former uniform is superimposed on an historical photo showing soldiers of the Princess Patricia’s Canadian Light Infantry in the Sicilian town of Agira after capturing it in July 1943.